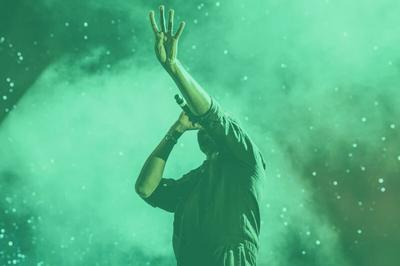 Night Beats is the brain-child of Native Texan Danny Lee Blackwell. The soundtrack of a generation, the band's R&B inspired Western Psychedelic sound is a reckoning, a shoot-out at dawn, the ear-splitting peel-out that leaves nothing but a cloud of red dust in its wake.

Through the years Night Beats has garnered a reputation as one of the finest purveyors of contemporary rock'n'roll around. They've clocked up critical acclaim, toured around the world and shared the stage with the likes of Ty Segall, Thee Oh Sees, The Black Angels, Roky Erickson and The Jesus and Mary Chain, among many others.

On May 7th 2021, Night Beats will release their fifth full-length, ‘Outlaw R&B', via Fuzz Club Records. The album arrives following the 2019 ‘Myth of A Man' LP (produced by Dan Auerbach of The Black Keys and released by Heavenly Recordings) as well as last year's ‘That's All You Got' 7”, featuring Black Rebel Motorcycle Club's Robert Levon Been.

Made during the height of the California wildfires (where Blackwell currently resides), rioting in the streets and a nation in lockdown, the raucous technicolour rock'n'roll of ‘Outlaw R&B' is a call to rejoice in some sorely needed post-apocalyptic hedonism. Blackwell says of the album: “Outlaw R&B is music for the borderless, the free, the outcasts and the forgotten. The outlaw is the runner. Those whose minds aren't sold by perfect pitch and clean fingernails.”